Captivity , the destiny of a generation

After the end of World War II ca. ten million German soldiers found themselves in captivity, the youngest of them still children, 14 or 15 year old boys, who had been helpers of the “Luftwaffe” or who had been called into the “Wehrmacht” in the last months of the war. The oldest were members of the “Volkssturm” up to the age of 65, some of them even older. A great part of Germany’s male population (and also a large number of women) underwent the destiny of captivity; some only for a few months, many for several years, some of them more than a decade. It was not until 1956 that the last prisoners of war came back home from the Soviet Union.

The greatest part of the prisoners of war was in the custody of the four powers: the USA, Soviet Union, United Kingdom and France. Other countries also had taken prisoners among German soldiers (Poland, Czechoslovakia, Yugoslavia) or had received them as labour forces from their American, British or Soviet ally (France, Belgium, Netherlands, Luxembourg, Poland, Czechoslovakia).

The POWs conditions of life were very different. They range from conditions better than the situation of the people in Germany or even of the civilian population of their “host” country to sadistic torture and the most intense hard labour. The best fortune met those who had been transferred to the USA, to the United Kingdom and to Canada. Bad was the fortune of those who came into one of the great American camps in France, and, even worse, in Germany (the so-called “Rheinwiesenlager”) in the final period of the war. France received POWs as labour forces from it’s allies. The conditions of life were – except for those working in farms – often very bad because the whole country was totally powered out by the war.

Worst – and longest – was captivity in the Soviet Union. Hunger with all it’s manifestations – oedemas, dropsy, total weakness, psychic transformations, phantasms and hallucinations of hunger – were part of prisoners’ everyday life. Insufficient accommodations, cold and frostbitten members, the lack of sanitary installations and the outbreak of infectious diseases, the system of spies which the Soviets pushed on among the prisoners and the general uncertainty about their own future were normal parts of their life. Especially in the beginning, the death rate was extremely high.

Not at all enviable was the destiny of prisoners in Poland and also in Tito’s Yugoslavia; in this country, general acts of revenge, mass executions and systematic tortures took place. 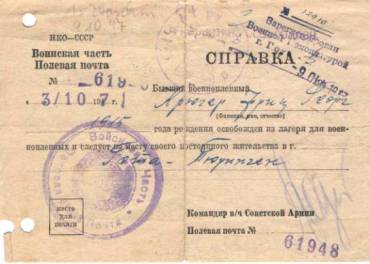 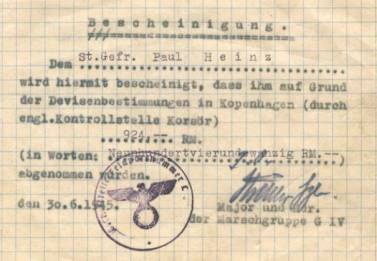 Millions were affected. Afterwards, some did not want to remember this terrible time any more and destroyed everything that still reminded them of it. However, many kept a lot of different things in commemoration of their experiences as soldiers and POWs: photos and drawings, documents and papers, propaganda leaflets, commemoration books and booklets, poems, letters, diaries and pocket almanacs. For decades, these souvenirs were lying in some tray, might-be from time to time they were taken out, or they were totally forgotten in the loft.

In a case of death – perhaps  the death of the former soldier and POW himself or at least in the case of death of his widow – the estate is looked through by the heirs, is assorted and a larger or smaller part is given away. When the heirs do not have a relationship to them, in the worst case the souvenirs of the bygone life end up in the trash. Or, a luck for the collectors, they are “recycled” at the flea-market.

Both CD-ROMs on prisoners of war show examples of all these things, which the actual collector, who is interested in this subject can get into his hands – since they are made out of paper. On rare occasion one can also see larger things, for example handicrafts done by a POW in the camp, like a carved chess-game, self-made forks and spoons, musical instruments and so on. But as the luggage a POW could take with him home was limited, he was forced to select which larger objects were precious enough for him to put into his bag or case.